As the war against drug barons and traffickers gets fiercer, Ikorodu Division Peace Initiative LTD/GTE in conjunction with the National Drug Law Enforcement Agency, NDLEA, has declared War Against Drug Abuse, WADA, on Wednesday, December 15, at Ikorodu Town Hall, Ikorodu, saying the war must be fought by all well meaning residents of Ikorodu Division.

This was contained in a statement signed by the Ad-hoc Committee Chairperson on Cultism and Drug Abuse, Chief (Hon) Mrs Akinsola Nosimot Adebimpe, where she explained that WADA is to enlighten and discourage Ikorodu youths from drugs including traffickers, and also to support NDLEA’s campaign on drug-free life, which is a people oriented goal that will help the country, especially, with the rising insecurity challenges.

According to her, “the essence of this programme is to publicly declare War Against Drug Abuse for the realization of a better Ikorodu Division; is designed to focus more on our youths because it is our belief that with continuous enlightenment programme on the danger of drug abuse, the future of our youths would have been guaranteed and secured.

“It goes without saying that abusing drugs can have dire consequences which may be physical, social, psychological or emotional harm to the abuser and or other persons. The effects may also be of an economic nature since someone with a serious drug addiction may be unable to work or earn a living as a direct result of their addiction and perhaps be an instrument in the hands of merchants of deaths.”

Akinsola optimistic that at the end of public enlightenment programme organized by IDPIL/G, Ikorodu Division would have been able to agreed to the fact that drug abuse is injurious to physical and mental stability.

“This community need us, this community wants our youths to prosper and do well and the only way through which this can be possible is to stay away from dangerous drugs,” she added.

Addressing participants made up of school students, parents, market men and women, traditional leaders and security operatives, Barr Callys noted that the flag-off of the War Against Drug AAbuse was in line with the directives of the NDLEA Chairman, Rtd General Buba Marwa for the launch of the sensitisation campaign across states and local goivernmnents in Nigeria, as a way of putting a stop to the scourge of drug abuse among Nigerians.

The facilitators of the well-attended event made up of NDLEA officials and the Nigeria Bar Association (NBA) Ikorodu gave a good account of themselves, by doin good justice to the topics of discussions. 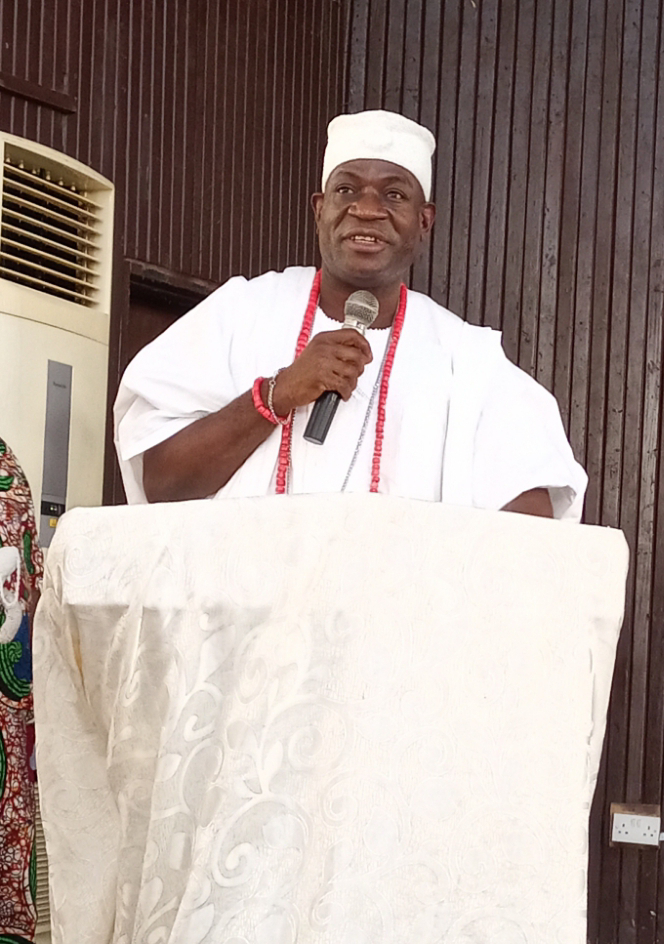 Speaking on behalf of other Monarchs in Ikorodu Division, His Royal Majesty, Oba AbdulSemiu Orimadegun Kasali, Adeboruwa of Igbogbo Kingdom, commended the IDPIL/G on the initiative, reiterated the support of the Royal Fathers on the Group.

Oba Kasali further warned the youths against drug abuse in Ikorodu Division, urging the market women and various individuals to educate their children against the illicit act.

Mainwhile, the Area Commander, NDLEA Ikorodu Division, Mr Opeloyeru Lawal, Mrs Oluwaranti Edagbagbe and Barrister Toun Adekoya, did justice to the topic, enjoining all to wake up from slumbers.

Also in the same vein, the Area Commander, NDLEA, Lagos State, Mr C.O. Alumona, pleaded with Ikorodu youths to desist from the acts, while he declared war against the perpetrators. “We’ll do our best to protect Ikorodu from drug abuse,” Alumona assured.

His room, a proper human room although a little too small, lay peacefully between its four familiar walls. A collection of textile samples lay spread out on the table – Samsa was a travelling salesman – and above it there hung a picture that he had recently cut out of an illustrated magazine and housed in a nice, gilded frame.

It showed a lady fitted out with a fur hat and fur boa who sat upright, raising a heavy fur muff that covered the whole of her lower arm towards the viewer. Gregor then turned to look out the window at the dull weather. Drops of rain could be heard hitting the pane, which made him feel quite sad.

In his presentation on ‘The role of an ideal mother in the prevention of drug abuse’, The Area Commander of the Nigeria Drug Law Enforcement Agency, Ikorodu Area Command, Mr Lawal Opeloyeru stressed the need for parents to be intentional in parenting their children. He stated that, most victims of drug abuse were children whose parents were not sensitive to changes in their attitudes and ways of life, sequel to drug abuse. He therefore charged parents to be alive to their responsibilities so that drug abuse can be tamed and reduced in the socity.

Similarly, Vice Chairman of the NBA Ikorodu Branch, Barr Adekoya educated participants on the legal implications of drug induced crime, noting that most crimes being perpetrated in the society under any guise was caused by illicit drugs intake. She however corrected the notion among some teenagers that they can escape prosecution since they were not yet 18 years of age. She stressed that there was no ignorance in law. Adekanye further reiertaed that drug abuse was illegal and punishable under the law and same for the perpetrators of drug-induced crimes.

Addressing the gathering, the Adeboruwa of Igbogbo Kingdom, Oba Semiudeen Orimadegun Kasali blamed the scourge of drug abuse on herb sellers who hide under the guise of selling herbs and are now selling marijuana, cannabis and other illicit drugs to youths. He implored the NDLEA to be harder on drug users by prosecuting anyone arrested to serve as a deterrent to others. He concluded by charging Ikorodu market leaders to check the activities of these herb sellers across Ikorodu markets. Oba Kasali also commended the IDPIL/G for embarking on the War Against Drug Abuse (WADA) campaign initiative, assuring the body of his support and that of the entire traditional rulers of Ikorodu Division.

Earlier in his address, the Executive Secretary of Ikorodu Division Peace Initiative Ltd/GTE Otunba Ganiyu Olusegun Abiru stated that, the War Agaist Drug Abuse was just one of the many development initiatives to be embarked upon by the IDPIL/G. He disclosed that the body would soon address education, health among other key sectors of the community in her future activities. Hs expressed the readiness of the IDPIL/G to partner with government institutions, coporate organisations and private individuals in the pursuit of peace and security of the Ikorodu Division.

A NEW PATH TO LASTING PEACE